In 2019 I started on a new album. It went well. And then the pandemic came; I wasn’t in the mood anymore. I went inward, changed my habits. After a long break (not from music, I played every day…) I promised myself to finish the album. There was a lot to do. A lot. I knew this one was going to be tough.
Often a song got much better after reworking. It forced me to go through the other songs in order to get them to the same level. This creative process has been amazing. And rewarding. Today I listen to the album and feel it’s almost done. I hope to see it on vinyl next year.

What if all is made up,
a fragment in my Mind,
a Sound already fading
into Silence…

It doesn’t work for me, telling all the time what I’m doing. It’s like giving away energy. It is a spritual journey. And I treat it like that. Silence is equally important as Sound.

Sound is coming from the Silence and it returns to the Silence. Is it Gone?

In my teens I carried my cheap walkman with me all the time. And a pile of cassettes ofcourse. It was fantastic.

iPod is one of the nicest inventions. It caused a revolution. Mine is still working. Nowadays it is so easy to have music everywhere because the smart phone has it all. But I must admit that I haven’t bothered to fill up my pretty new phone. I just don’t listen outside very much and at home I have different means to hear music. But the iPod still holds value. Amazing little device. Yesterday I plugged it into my stereo after a long time and shuffled it. Interesting to hear what is on it! A lot of strange things. And some Astral Son. What a cool toy!!!

Things that have happened before…

December 2018: Hitting the number one spot at Psychedelic Waves!!!!

“Dutch multi-instrumentalist returns with his 4th album and ‘Wonderful Beyond’ is a perfect description for it. A swirling, multi-coloured patchwork of beautiful psychedelic tunes that take the listener on a ride all the way from the pastoral countryside to the vast reaches of the endless universe. Wonderul Beyond indeed!”

Terrascope ” …‘Cheap Magic Spells’, the longest song on the album, it could well be the album centrepiece, ladies and gentlemen we are floating in space,it’s a classic space rock song, big riffs, spiralling galaxy synths and plenty of organ, before ending in a glorious fluid guitar solo.”

Astral Zone  Dj Astro “This is absolutely another killer album by Astral Son, maybe the best yet!”

Scott aka. Dr. Space “The opening of the 2nd song called Creation is very much a total tribute to Steve Hillage. He really nailed the guitar sound and vibe.”

June 2018 : It is the long waiting. The vinyl seems to have a delay so end of September would be optimistic for release… Anyway, nothing new, happened before. What to do? As soon as I know more I will post it.

But there is some good news also: Sulatron Records will do the CD!! And this time I made a bonus track exclusively for the CD.

April 2018: The new album ‘Wonderful Beyond’ has been mastered and oh boy, it sounds great!!! This album took one year to grow and the mastering really brought it all together. I’m so happy! Now I will focus on the artwork again.

Mastering is set at the end of April. Headspin Records is going to release the new Astral Son album on vinyl!!! Release this autumn!!

March 2018:  Astral Son IV almost ready for mastering. Started painting a possible artwork… Let’s see if I can get this thing on vinyl!!

February 2018: Astral Son IV is still in the making. I took a year to create this album, on purpose. I wanted to have all seasons in it. Every season has its own energy. It has been through several stages and it’s slowly nearing completion. It’s not like I have worked on it continiously; there have been long pauses in between. This album is has it’s own pace and it is growing from within. There lies so much beauty in this process.

October 2017: Interview + Track on the CD in TimeMazine Summer of Love edition!!
Europe´s Underground Voice For Psychedelic Culture, Art and Music. Read by the Beautiful People!

September 2017: All the basics for the new album are there, songs, lyrics & flow. A lot has to be done though… This summer I hadn’t much time to get into it. I’ll be working on it all autumn.

April 2017:   Yes, I started working on a new album!! Not much to say at the moment…Creativity flowing!!

I’m rebuilding this site and make it fit for the 21st century! 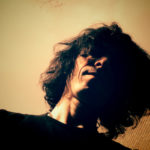